When I arrived here,  my apartment was so spare; minimal furniture, utensils, and decorations. I felt a bit deprived. I took down all the Catholic iconography except for one in the foyer and I rearranged furniture and changed curtains and brought back posters from Louisiana when I came back from Christmas.

The posters are really cheap specimens but they are prints of Monet’s Water Lilies  and the colors blend beautifully with the walls in my living/guest room.  I used masking tape to stick them to the walls, and wow!  It was such an improvement!

Until the tape let go and the posters slumped onto the furniture.

And so, as I am wont to do, I procrastinated endlessly until I was expecting visitors for spring break, and the decorating situation had become desperate. I found a pretty piece of fabric and cut it to make a cover for the table and bought a flower pot to match. This helped a lot. 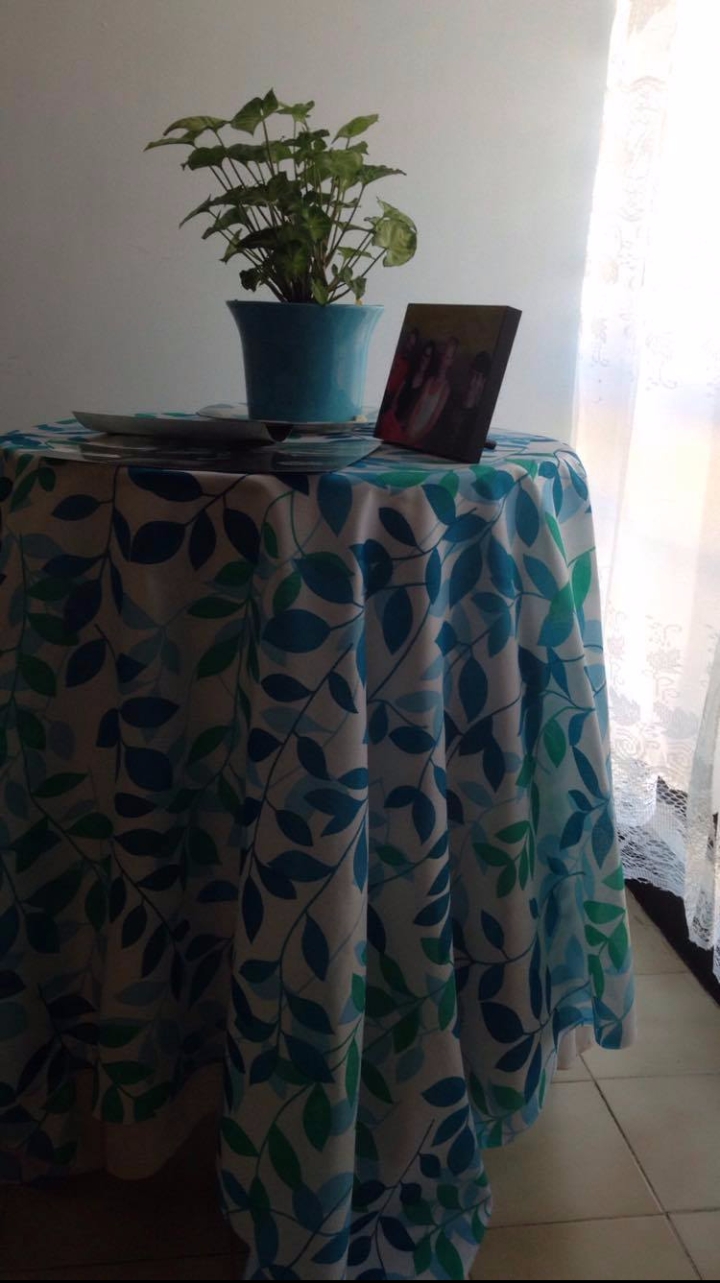 We were all cleaning house one Saturday, and Miss July came upstairs to look at my new curtain and tablecloth. She saw the posters lying on the bed and I told her that I wanted to get frames for them. She said we would go after school this week to a frame shop, and when I asked she said, “No, no!” it wouldn’t be expensive.

So a couple of days later, we went to the frame shop.

It’s in a neighborhood called Lucío Blanco, directly adjoining Torreón Jardin. The shop (tortillería) where Miss July buys tortillas is on the one corner. There’s a gordita stand in the cut-off point of the corner of the building. The street is narrow and shaded with trees. Miss July parked the car in front and we went in.

I was instantly enthralled. The place was open on two sides to the wind and dust. The plaster has fallen from the walls, exposing bricks black with centurial paint. Rock music from the 1970s reached out at me from the boom box. 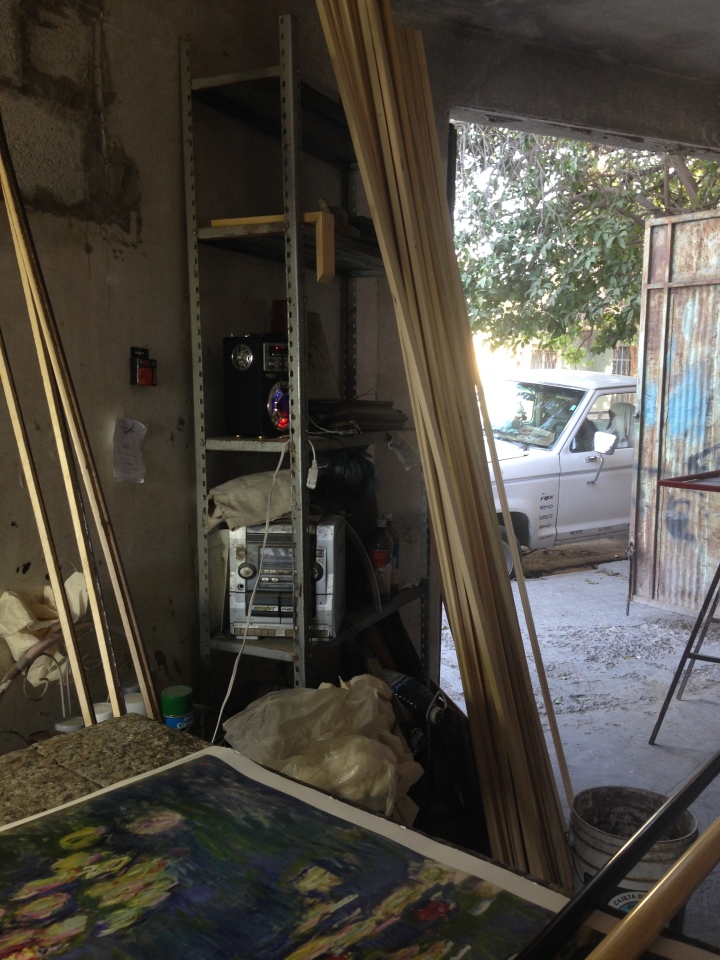 Frames of every age and shape were stacked and piled everywhere. Layers of dust covered everything. 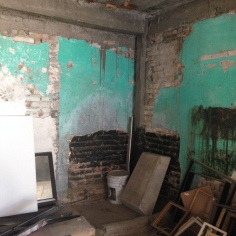 Miss July called out “buenas tardes” and the proprietor appeared from the street. He and Miss July haggled a over the options and prices for my frames. I didn’t care that much; I just wanted the posters to stay on the wall. The price ended up being about ten times the original price of the posters.

But now, I think it was definitely worth it.

It’s not fancy. It’s certainly not luxurious. But what I see when I walk into the room now instantly relaxes me. The blue and green and pink colors are soothing. I feel okay about inviting someone in.